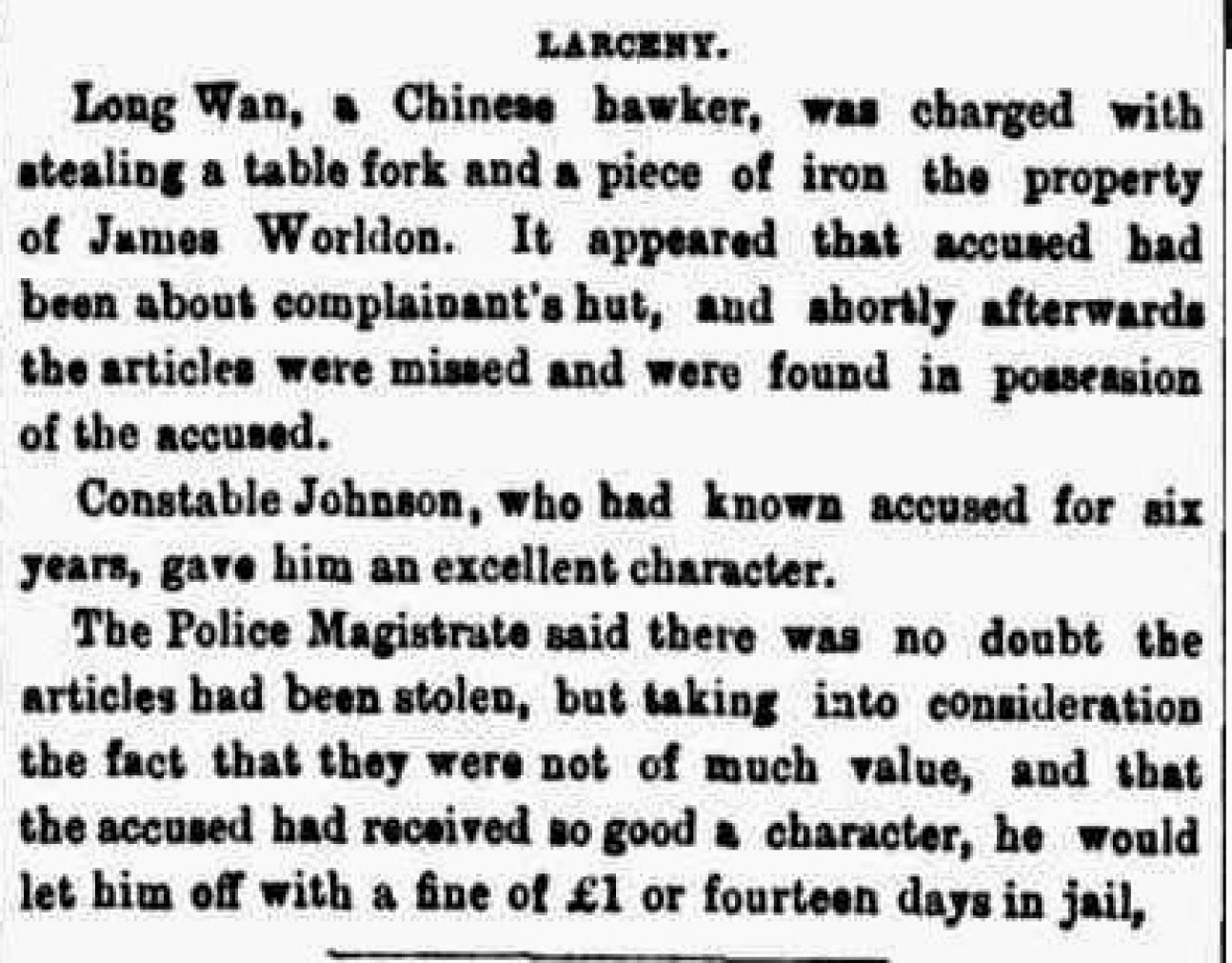 Long Wan, a Chinese hawker, was charged with stealing a table fork and a piece of iron the property of James Worldon.  It appeared that accused had been about complainant's hut, and shortly afterwards the articles were missed and were found in possession of the accused.
Constable Johnson, who had known accused for six years, gave him an excellent character.
The Police Magistrate said there was no doubt the articles had been stolen, but taking into consideration the fact that they were not of much value, he would let him off with a fine of £1 or fourteen days in jail.