September 02, 2014
Today's Trove article follows on from last weeks posting (see here) and involves the outcome of the trial of James Waldron for the murder of his 'wife' Catherine.  I still need to do more research to see whether or not these are my 4th great grandparents or not but I definitely have more leads for my research now! 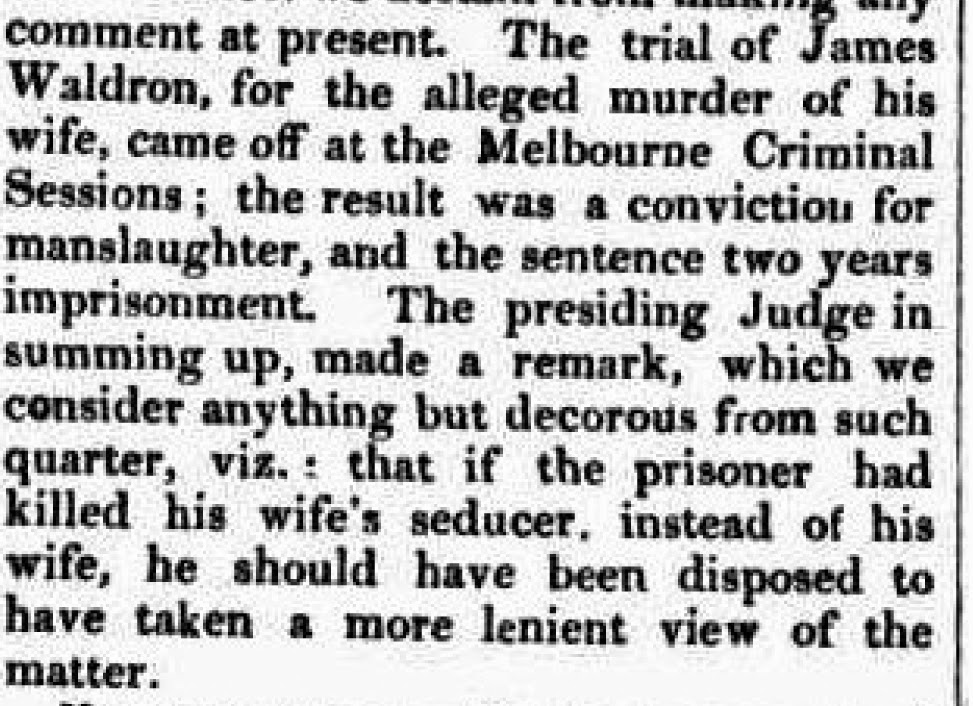 The trial of James Waldron, for the alleged murder of his wife, came off at the Melbourne Criminal Sessions ; the result was a conviction for manslaughter, and the sentence two years imprisonment.  The presiding Judge in summing up, made a remark, which we consider anything but decorous from such quarter, viz.; that if the prisoner had killed his wife's seducer, instead of his wife, he should have been disposed to have taken a more lenient view of the matter.

I also found the following involving the case, with more coming soon! 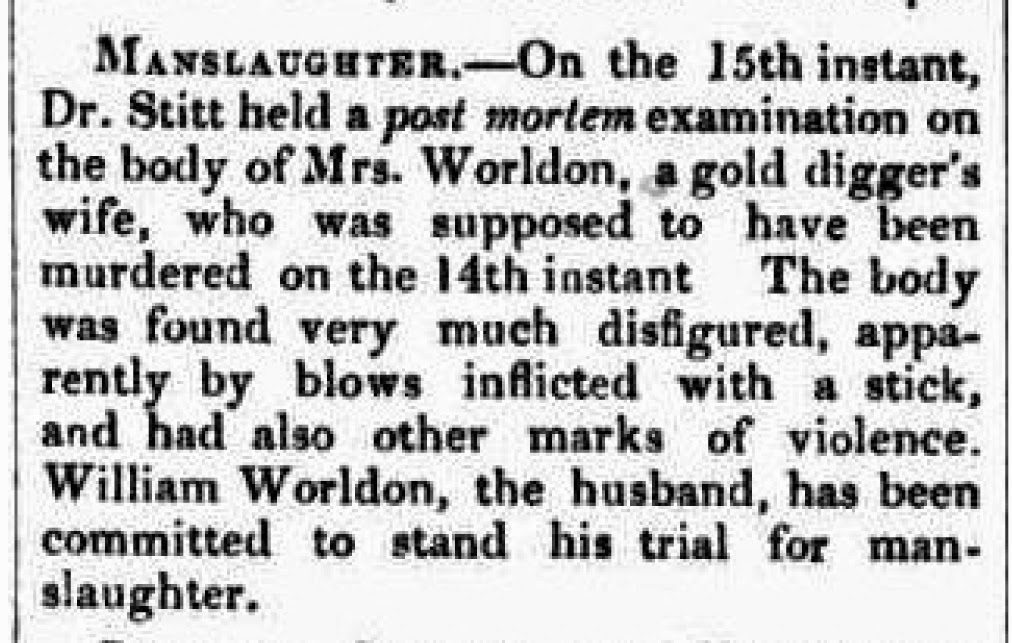 MANSLAUGHTER.- On the 15th instant, Dr. Stitt held a post mortem examination on the body of Mrs. Worldon, a gold digger's wife, who was supposed to have been murdered on the 14th instant.  The body was found very much disfigured, apparently by blows inflicted with a stick, and had also other marks of violence.  William Worldon, the husband, has been committed to stand his trial for manslaughter.