September 07, 2014
Today's obituary is for Michael Quirk, who is my 4th Great Grandparent.  From Tipperary in Ireland he and his wife Honorah (nee Costello) came to Australia in 1841 on board the ship 'Gilbert Henderson', leaving behind their daughter Mary in Ireland with family. They went on to have a large family and in 1858 their daughter Mary (along with her maternal Grandmother, Aunt and Uncle) migrated to Australia and was finally reunited with her parents. Michael Quirk died on the 26th October 1886 at Wagra of old age.  He was buried at Wagragobilly Cemetery on the 28th October 1886. 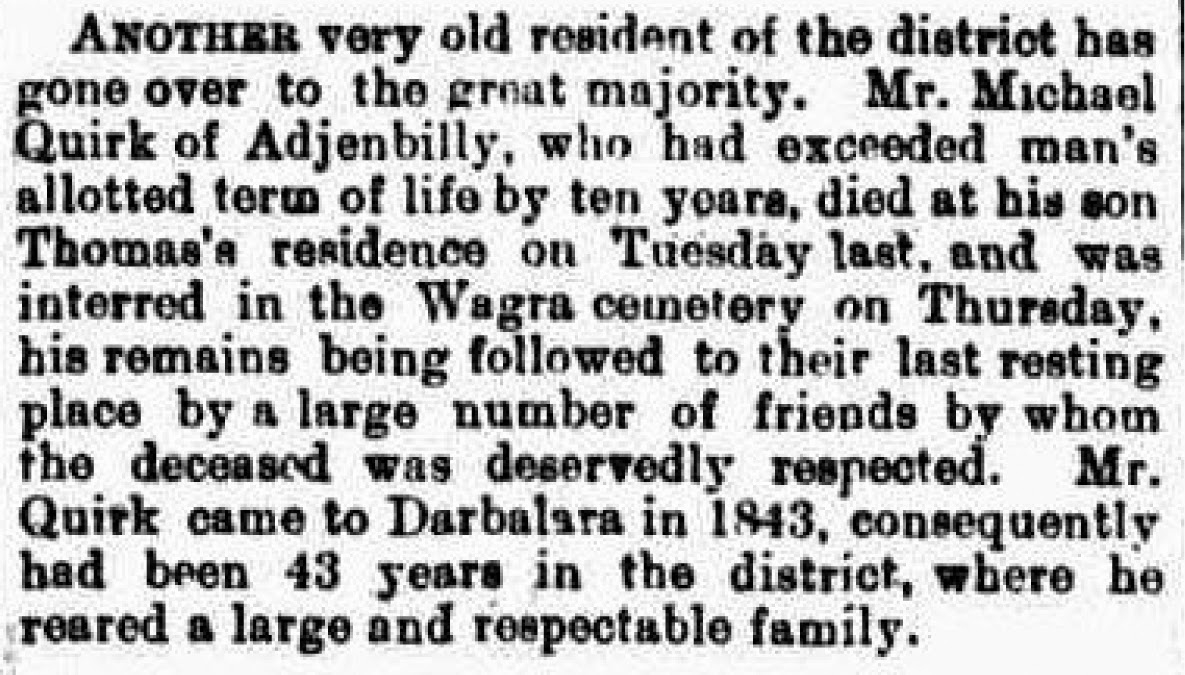 
Transcript:
ANOTHER very old resident of the district has gone over to the great majority.  Mr. Michael Quirk of Adjenbilly, who had exceeded man's allotted term of life by ten years, died at his son Thomas's residence on Tuesday last, and was interred in the Wagra cemetery on Thursday, his remains being followed to their last resting place by a large number of friends by whom the deceased was deservedly respected.  Mr. Quirk came to Darbalara in 1843, consequently had been 43 years in the district, where he reared a large and respectable family.


Michael Quirk and Honorah Costello had the following known children: