September 19, 2014
Today's Family Notice is for Richard Worldon, who is my half 4th great Uncle.  He was the son of Catherine Rhall and John Glitherow but went by the surname of his stepfather James Baker Worldon.  Even though James Worldon killed his mother (see here, here and here) Richard kept the Worldon surname.  Richard Worldon was drowned in the big Gundagai flood of 1891 leaving behind a widow and a very large family. 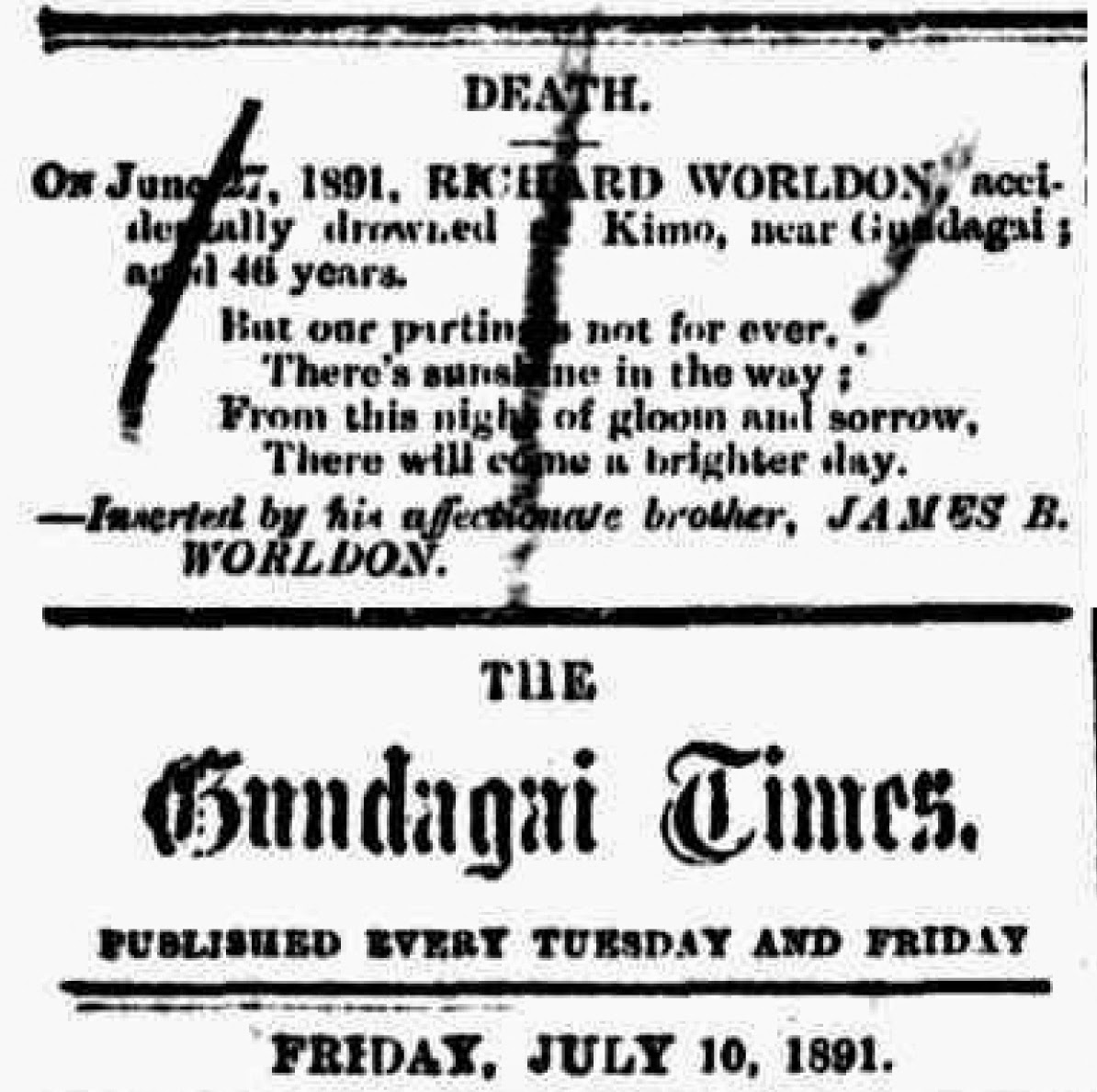 But our parting is not for ever,
There's sunshine in the way ;
From this night of gloom and sorrow,
There will come a brighter day.

-Inserted by his affectionate brother, JAMES B. WORLDON 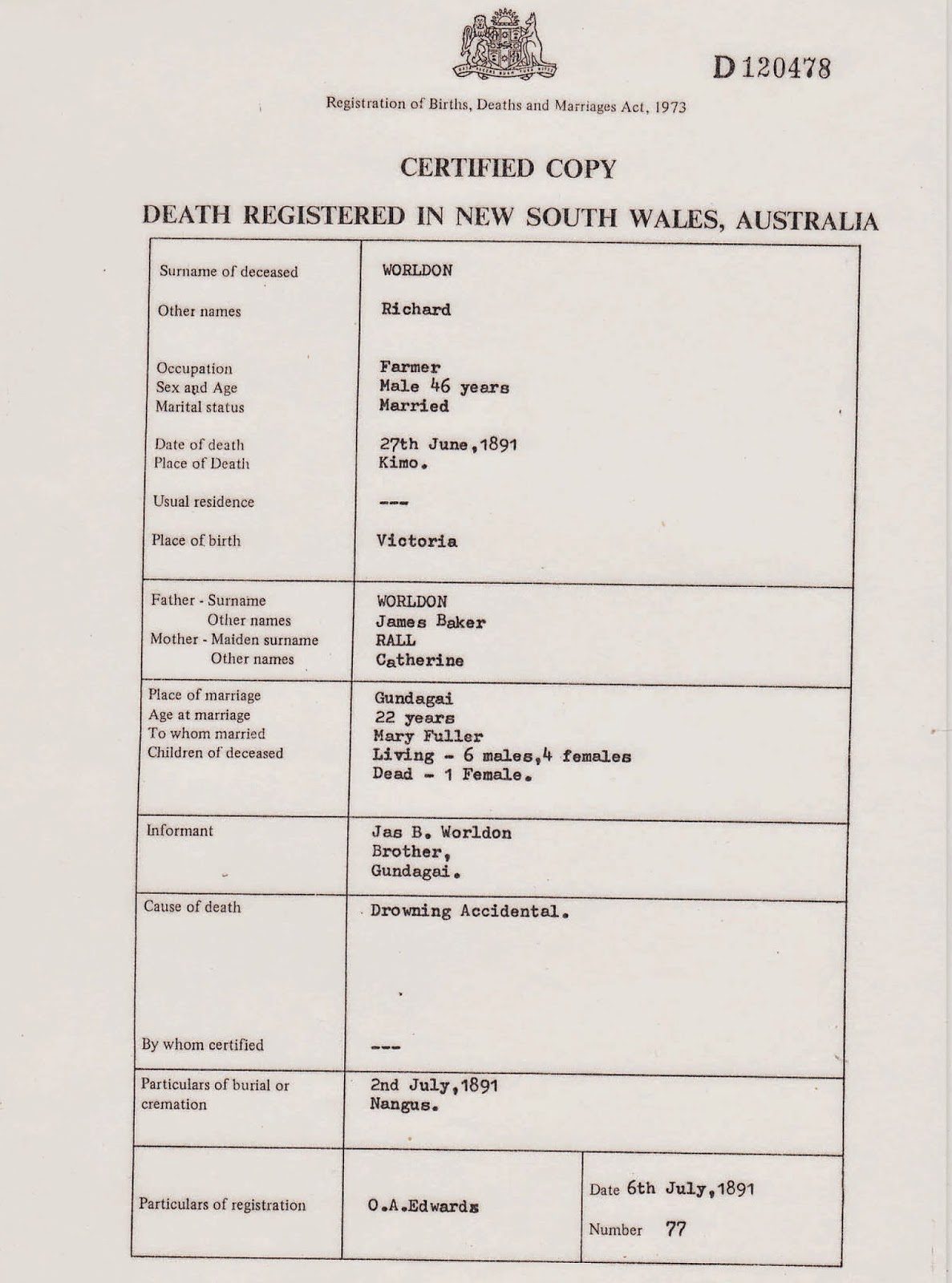