September 21, 2014
Today's post is about my great great aunt Mary Donnelly.  One of twin girls born to James Donnelly and his wife Mary nee Gallagher about 1870.  Her twin sister Bridget died in 1872.  Mary lived with her parents until their deaths and never married or had any recorded children.  She was buried at Mudgee General Cemetery (see here) and information about her will came be found here. 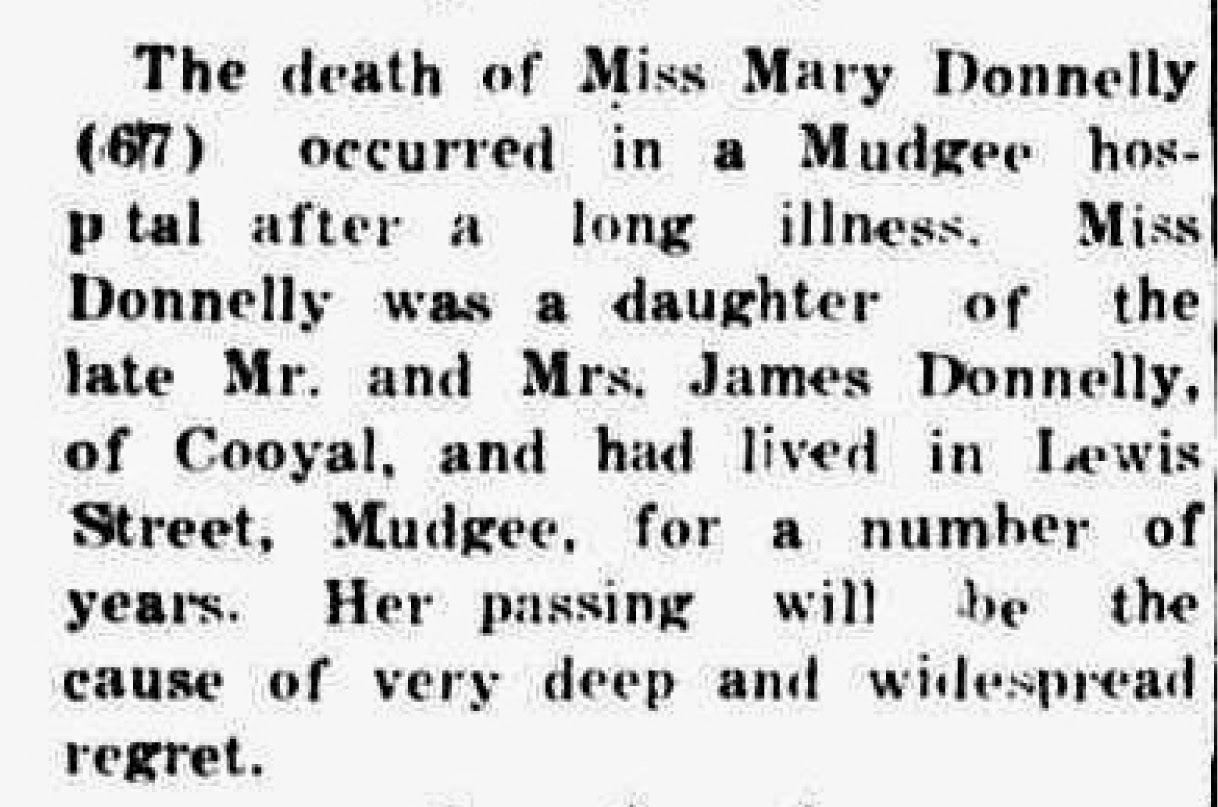 The death of Miss Mary Donnelly (67) occurred in a Mudgee hospital after a long illness.  Miss Donnelly was a daughter of the late Mr. and Mrs. James Donnelly, of Cooyal, and had lived in Lewis Street, Mudgee, for a number of years.  Her passing will be the cause of very deep and widespread regret. 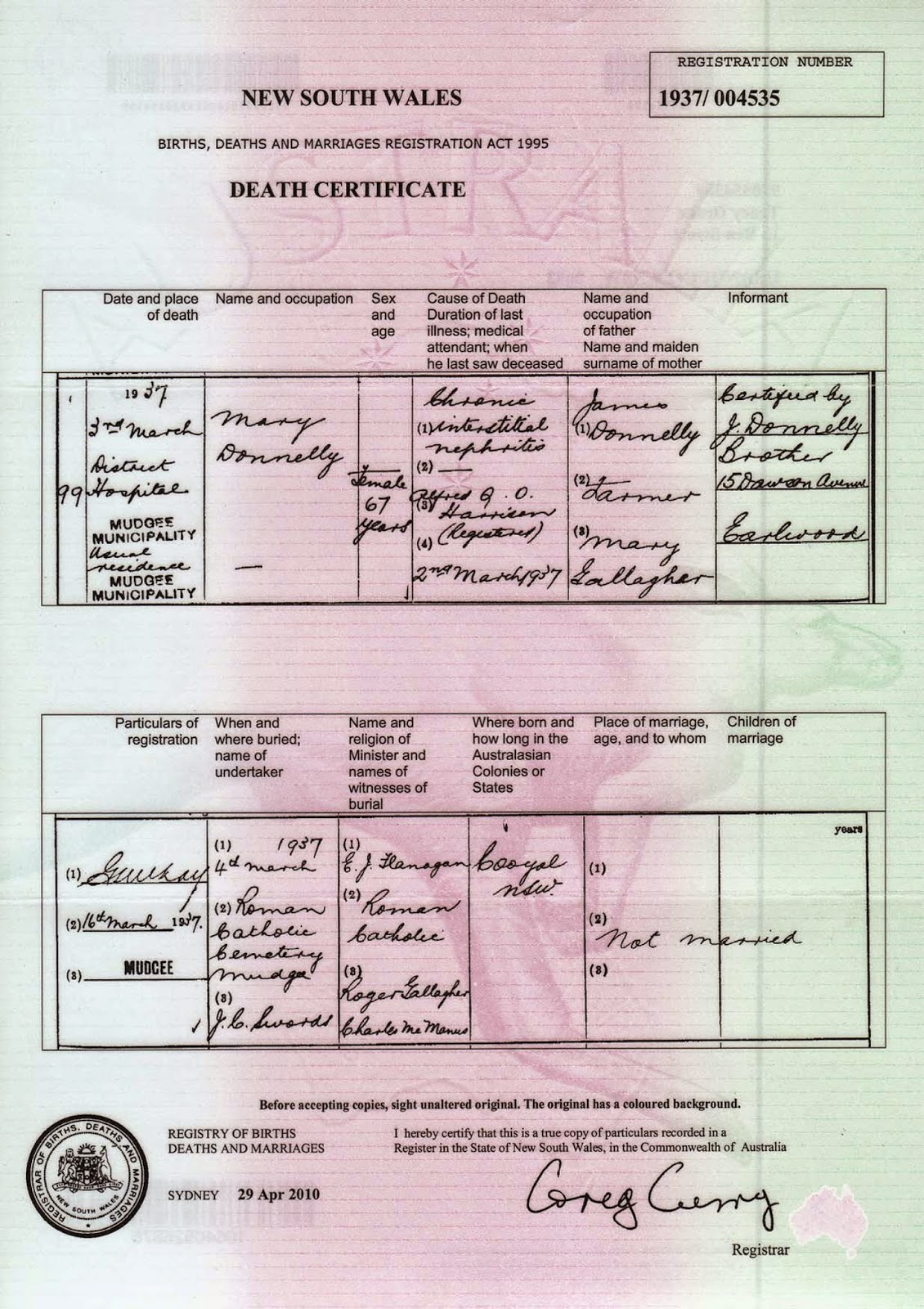