September 06, 2014
This recent addition to Trove Digital Newspapers gives more details into James Baker Worldon's trial and conviction for the manslaughter of his partner Catherine Rhall.  The article produces a few interesting facts about the life that the couple were leading at this time and of their relationship.  James testified that he had been married to Catherine for eight years.  What proof other than his word was produced by James Baker Worldon as to their marital status, it had been under sufficient doubt as to move the trial to Melbourne from Beechworth, what changed?  The daughter referred to in the article as being fifteen years old would of been Catherine's daughter Sarah.  Sarah was born around 1840 to Catherine Casey (nee Rhall) and one John Glitherow, not James Baker Worldon.  The article however claims (as does his prison record) that they had four children, if so that still leaves us one child short, as we know that Sarah, Richard, William, James and Elizabeth were born to Catherine before this date.  Could William have been predeceased at this stage and therefore could the family research for him be wrong?  Where did the children go while he was in prison, were they with Catherine's family? Also what were the circumstances of Catherine's fracas at Wallace's drinking house and is it connected with the court case mentioned in the second article below?  As usual you find one piece of new information and are left with so many new questions! 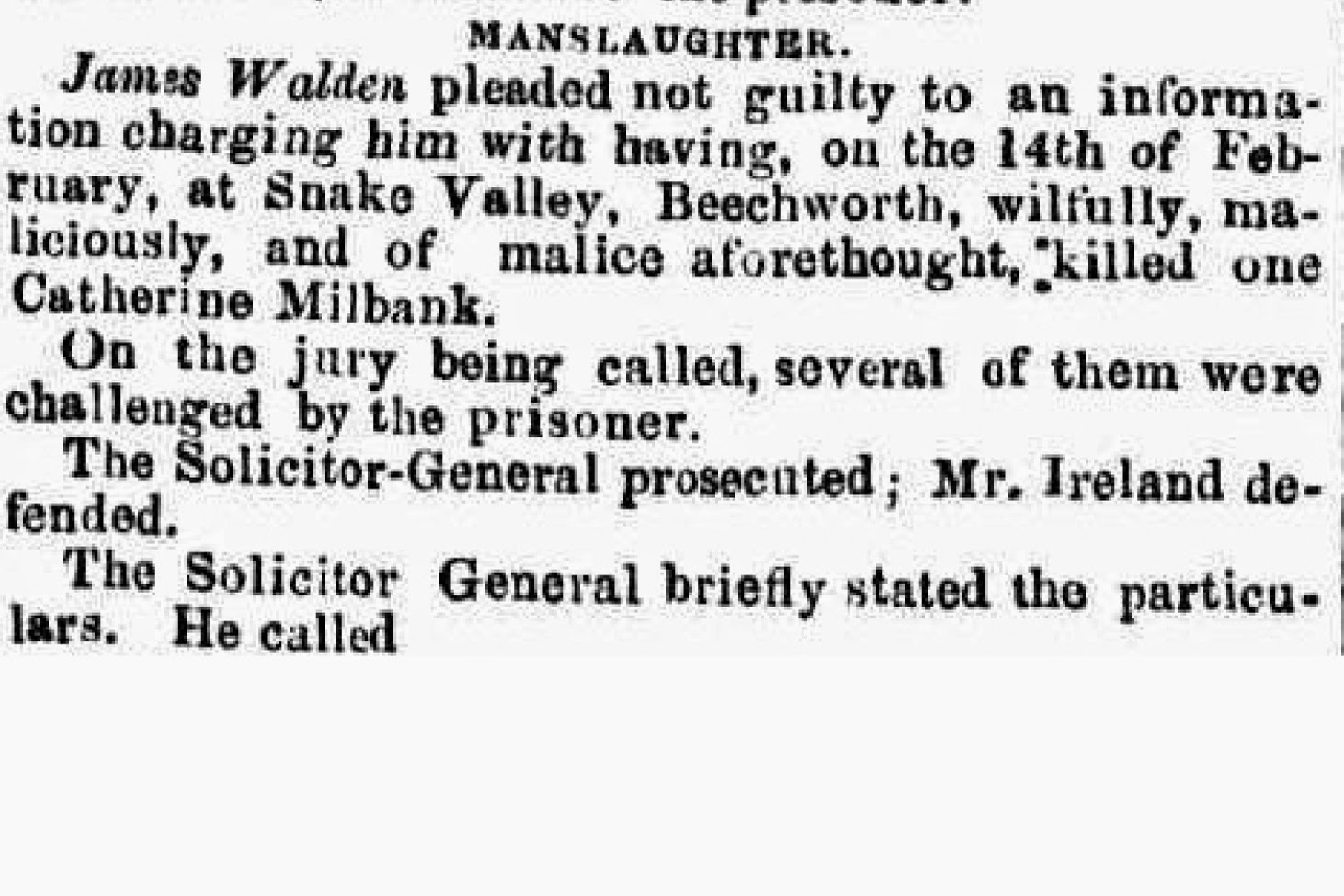 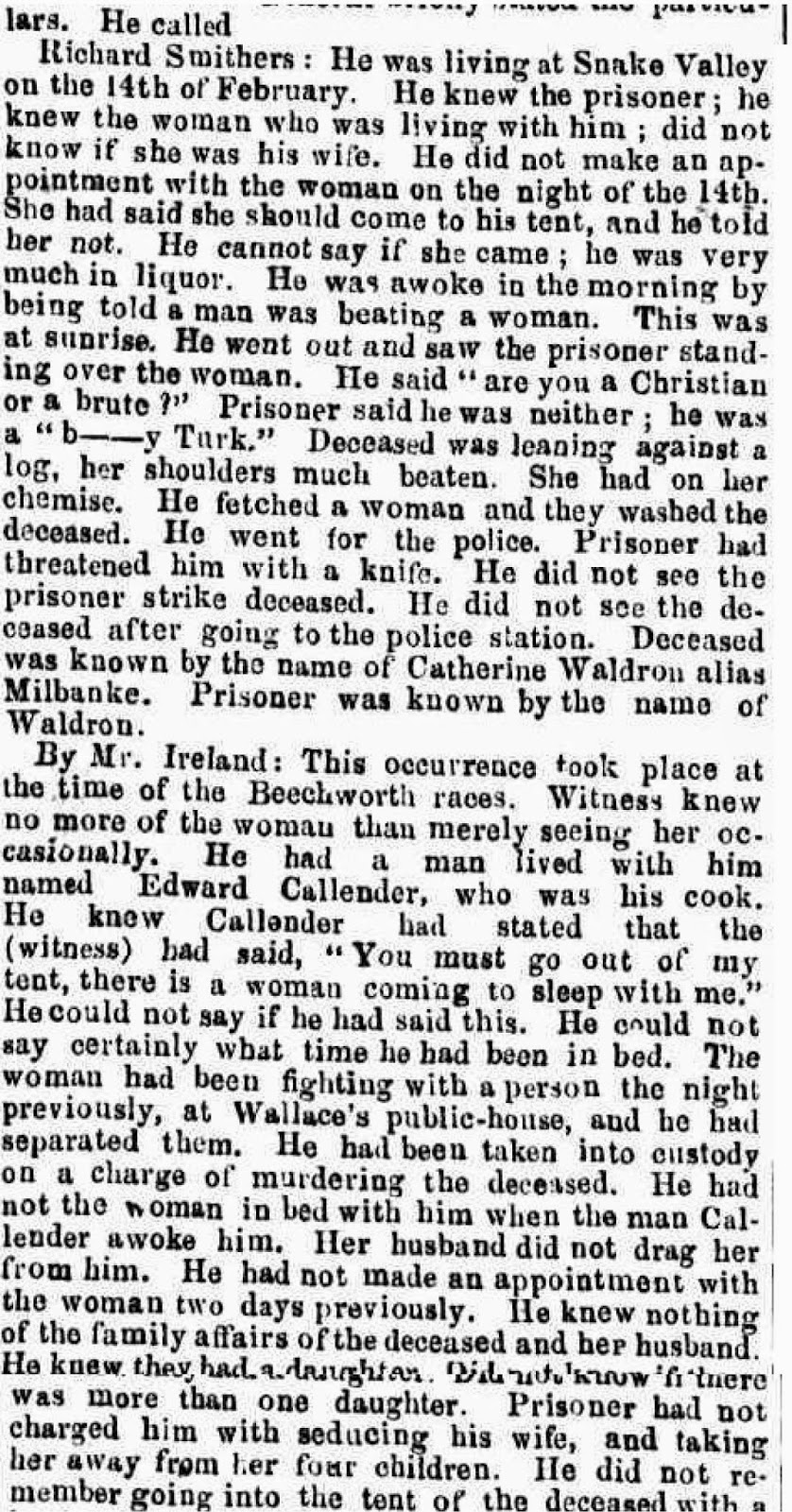 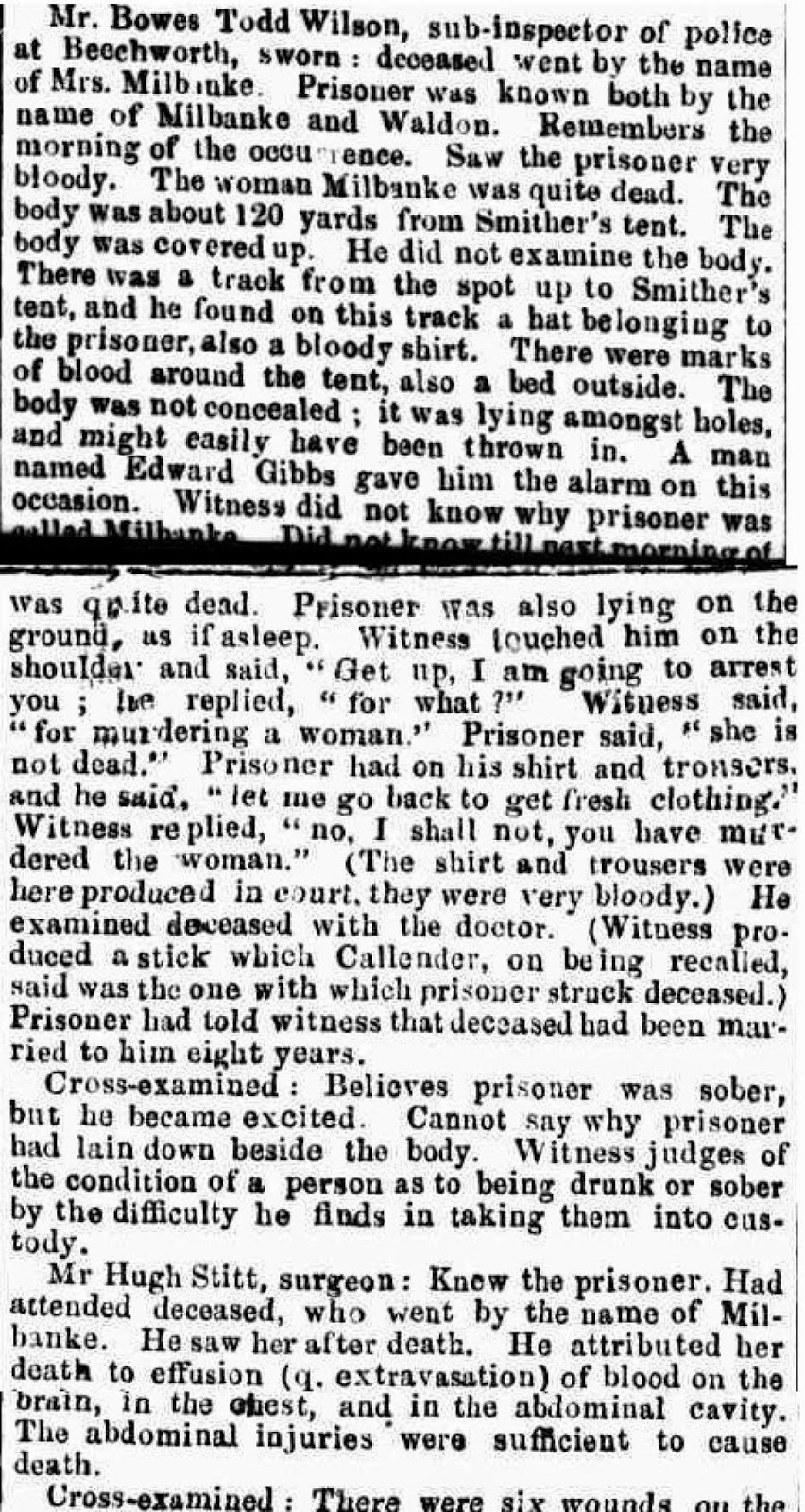 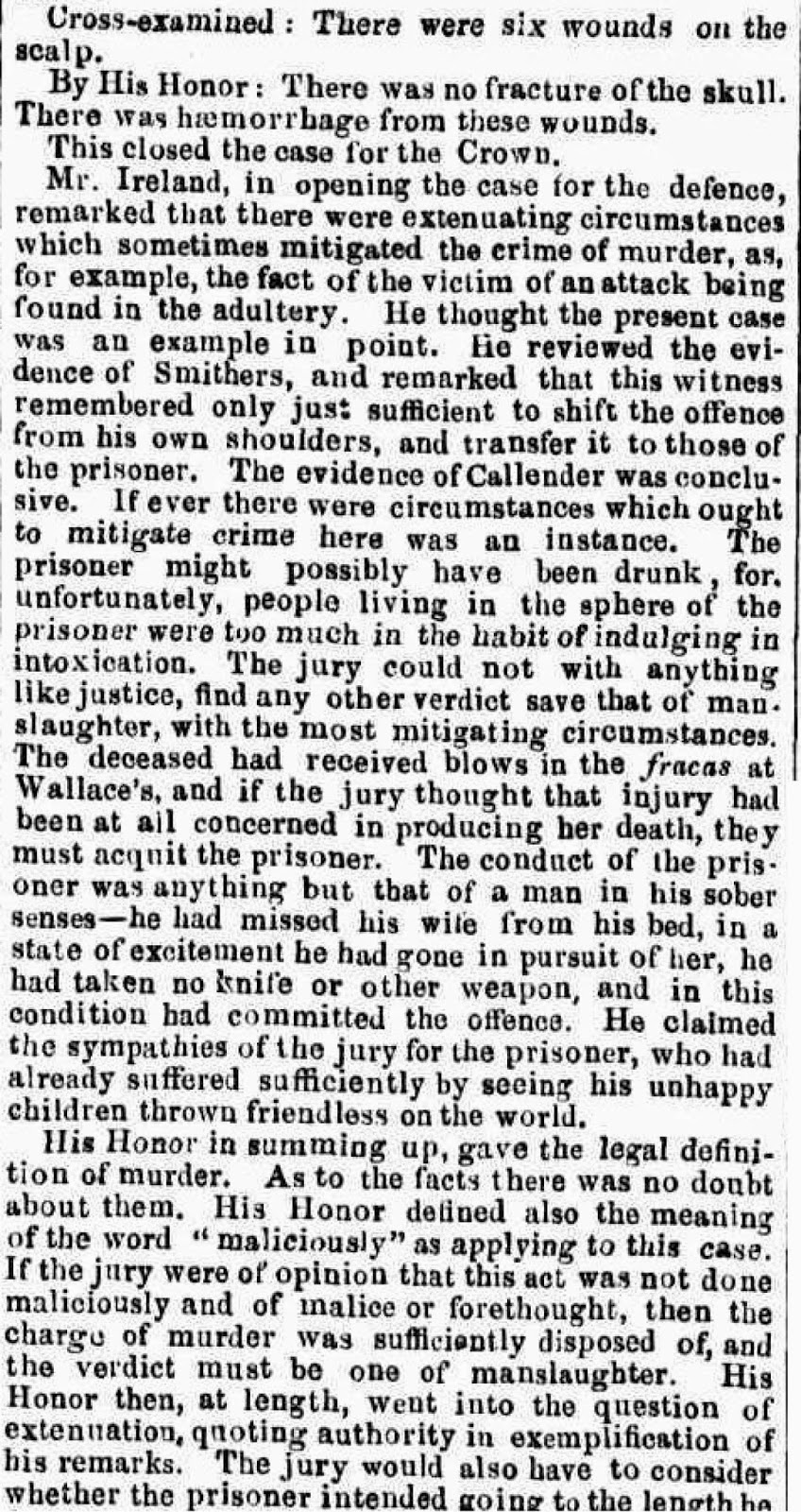 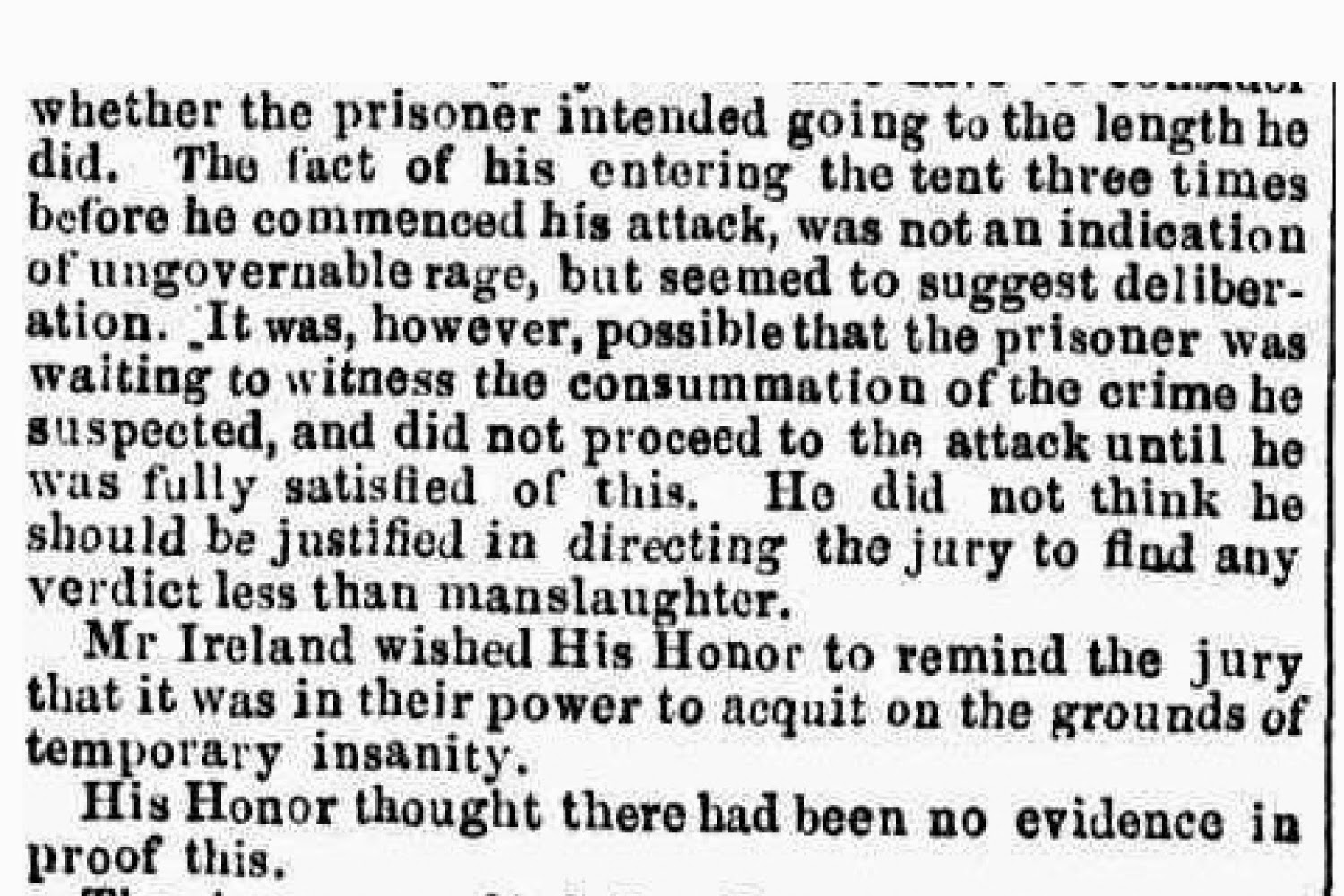 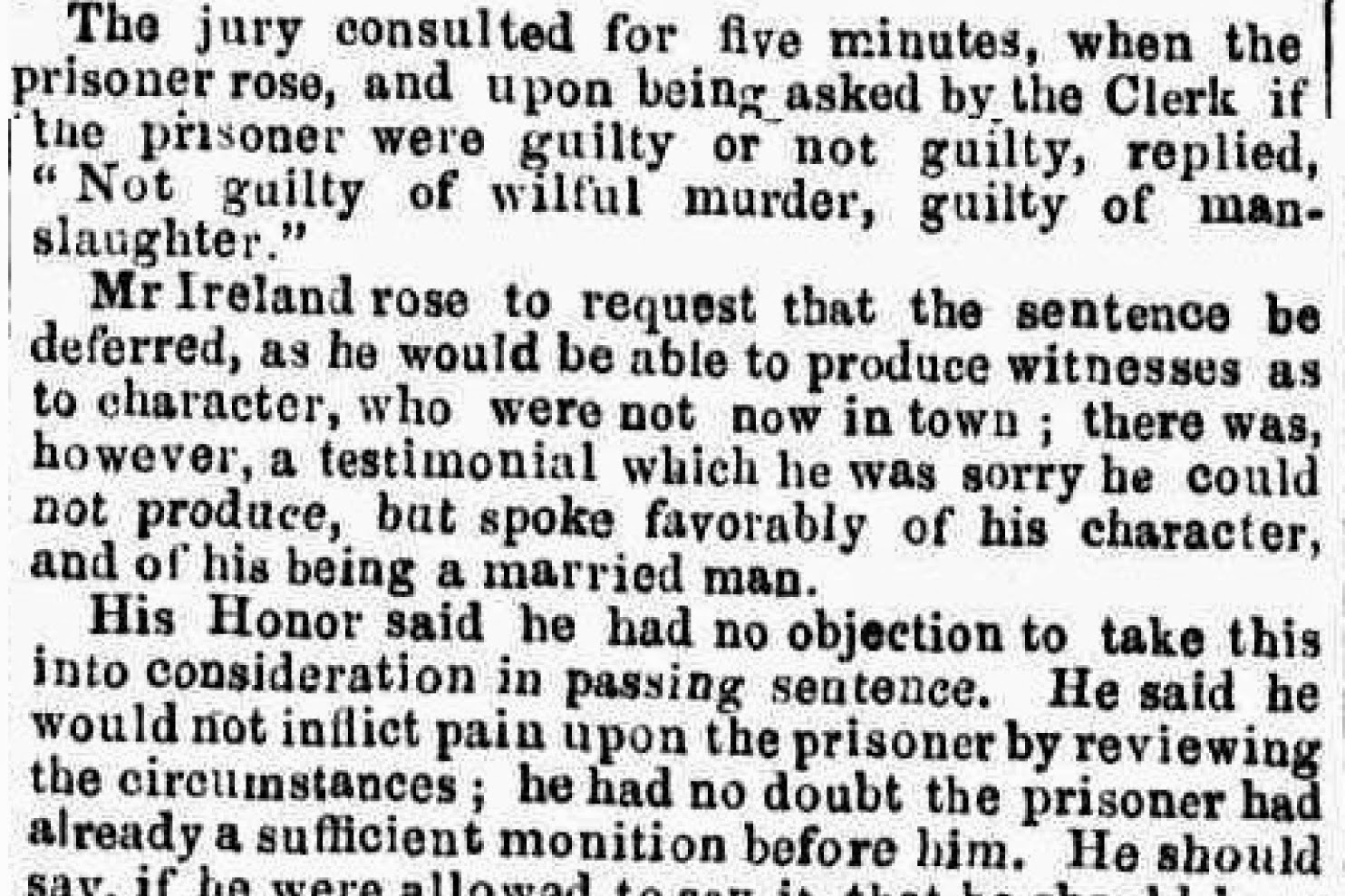 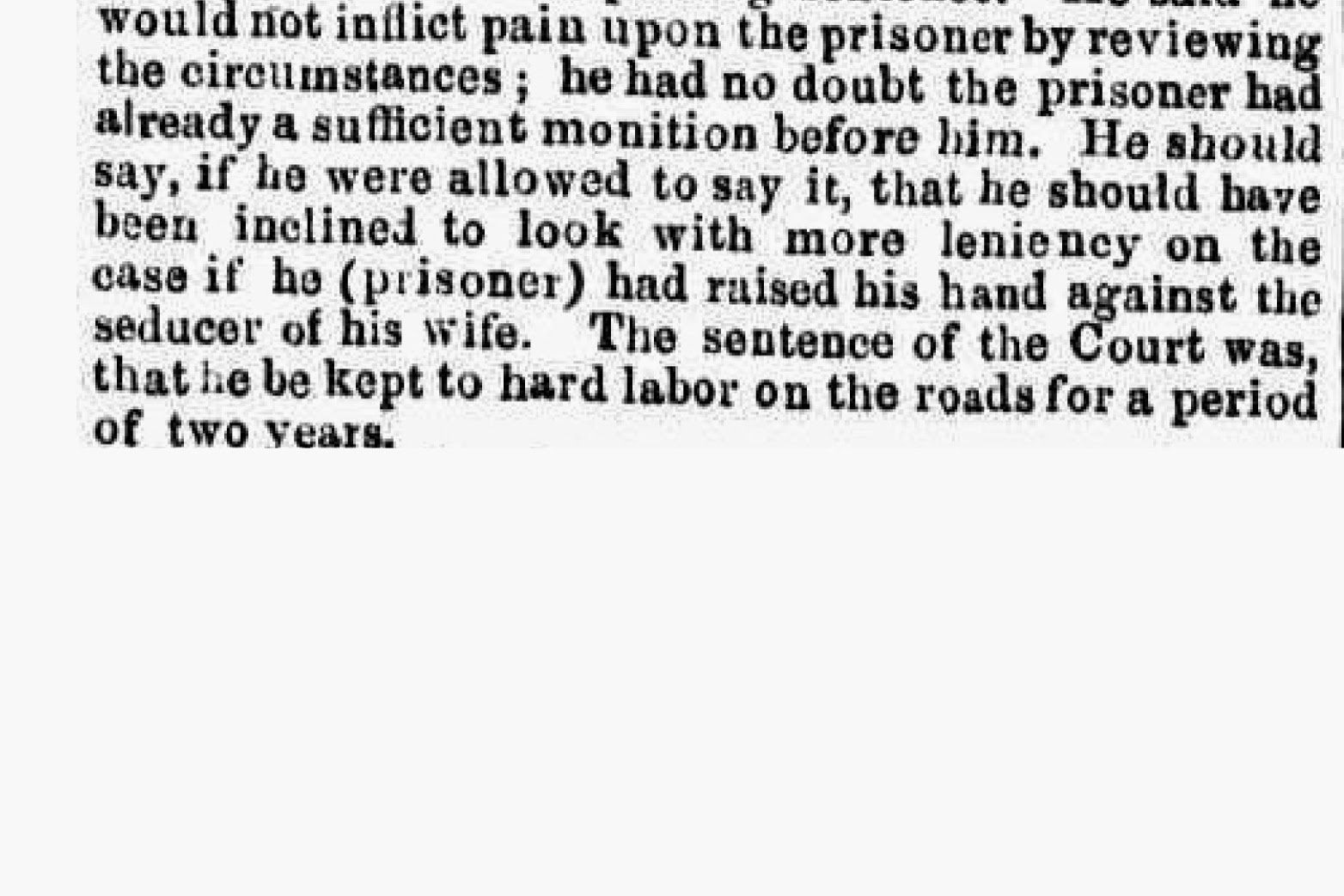