Time for a happy dance! Well kind of .....poor Catherine!

I looked up the following record from the Public Record of Victoria and bingo the details match my ancestors records.  Catherine Rhall's fate is now known at last, she was murdered by her partner and he was only sentenced to two years imprisonment for it and by the look of it was released early in 1856!  I also found out he used the alias Milbank, which will give me new avenues for future research. 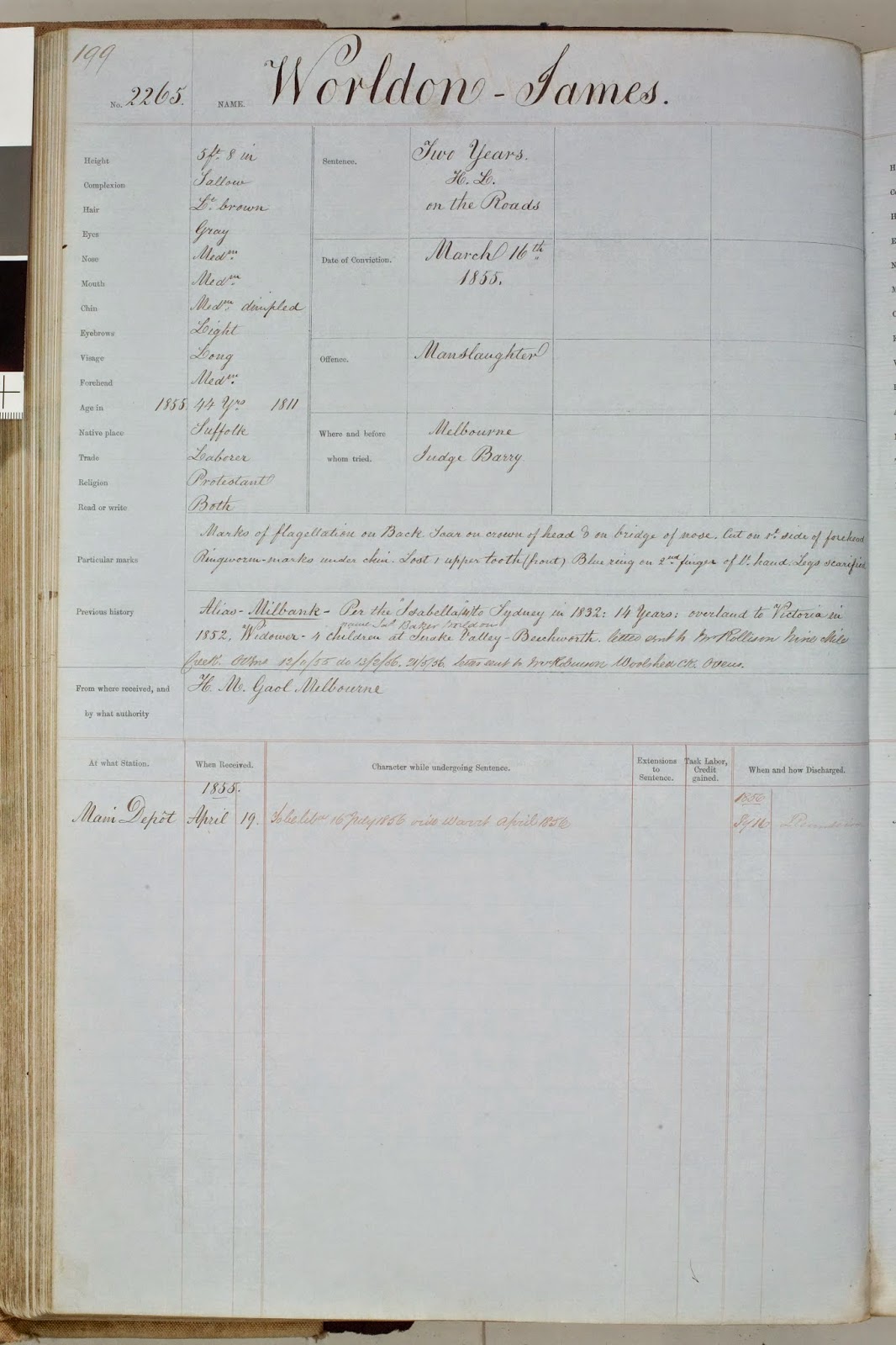