October 16, 2013
I came across this article when searching Trove for information about my Stevens relatives.  My Great Grandmother Ada Stevens (nee Jones) was one of the witnesses in this case. 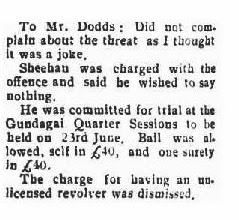