Records from William A. Martin’s time at the Changi civilian internment camp during World War Two

April 01, 2018
I am very excited to say that thanks to the University of Cambridge Digital Library (see here) I have finally found some records pertaining to my husbands Grandfather William Allardyce Martin and his time as a civilian prisoner of war at Changi during World War Two.  William was a prison officer at Changi before the fall of Singapore and while he was captured, he did manage to get his wife and son safely out of Singapore with them ultimately living at Barrow in Furness in England for the duration of the war.  William survived the war and in 1945 arrived in England on the Tegelberg, the stay was not a long one as he returned to Singapore in mid 1946 on the Mauretania.  With his health ultimately compromised from his time as a prisoner of war he died at the Tan Tock Seng Hospital in Singapore in August 1949 and was buried at Bidadari Cemetery.


This record mentions that his wife was Eurasian and was possibly in South Africa. His wife Violet Helen Marguerite Martin nee Murray was the daughter of James Harvey Murray and his Eurasian wife Helen nee Stillfried Rathenitz. Helen was the daughter of Baron Raimund von Stillfried Rathenitz and his long term Japanese partner Nishiyama Haru and had been left by her father at the Singapore Convent School with her two sisters before his permanent return to Austria in 1883. The note about Violet possibly being in South Africa tallies with the family stories we have heard about Violet taking ill on the voyage from Singapore and being off loaded along with her son Ronald in South Africa for medical treatment there.  More information on the fate of James Harvey Murray in World War Two can be found here.

Lists of prisoners of war and civilian internees. List 5, Jan. 1944.

1945 Passenger listing for the ship 'Tegelberg' 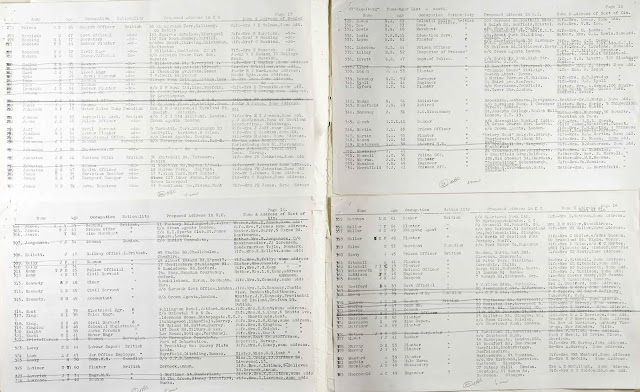 1946 Passenger listing for the ship 'Mauretania' 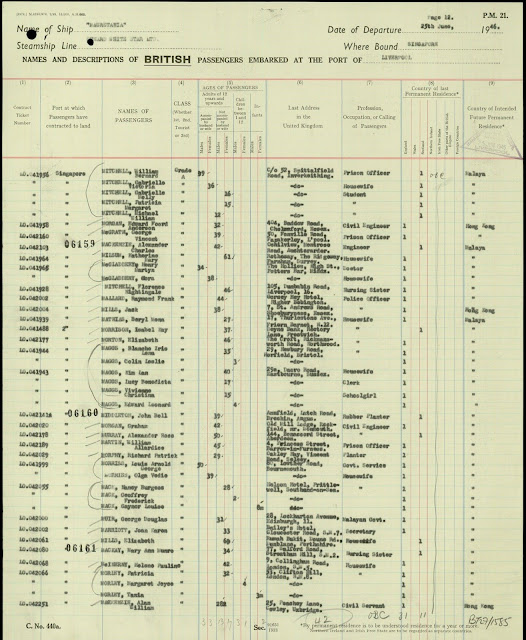 WILLIAM ALLARDYCE MARTIN
Aged 47 years, formerly of The Prison's Dept. Singapore, passed away at Tan Tock Seng Hospital early this morning.  The cortege leaves the T.T.S.H. at 3:45pm to-day for a service at the Cathedral of the Good Shepherd at 4 p.m. and from thence Bidadari Cemetery.