On the 21st April 1884 my third great uncle Herbert Walter Worldon died from bronchitis at Spring Flat, Gundagai, he was only 10 weeks of age.  The son of James Baker Worldon and his wife Margaretta Jane nee Bell, he was the second of their children to die.  Unfortunately he was not the last as only three of their eight children survived infancy.  He was buried on the 22nd of April 1884 at North Gundagai Cemetery. 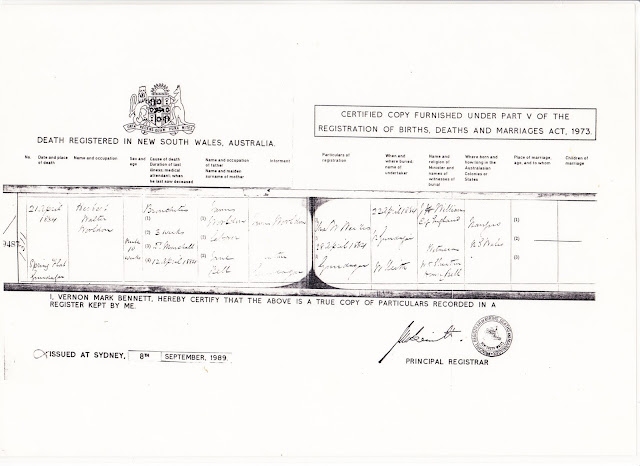