Trove Tuesday - When will Gundagai have another Reno?

June 13, 2017
Today's Trove Tuesday mentions my Great Grandfather Leo Francis Battye.  Family talk has always been that he knew where there was a large amount of gold but he refused to show or tell anyone any details of his find. We will never know as he took his secret to his grave! 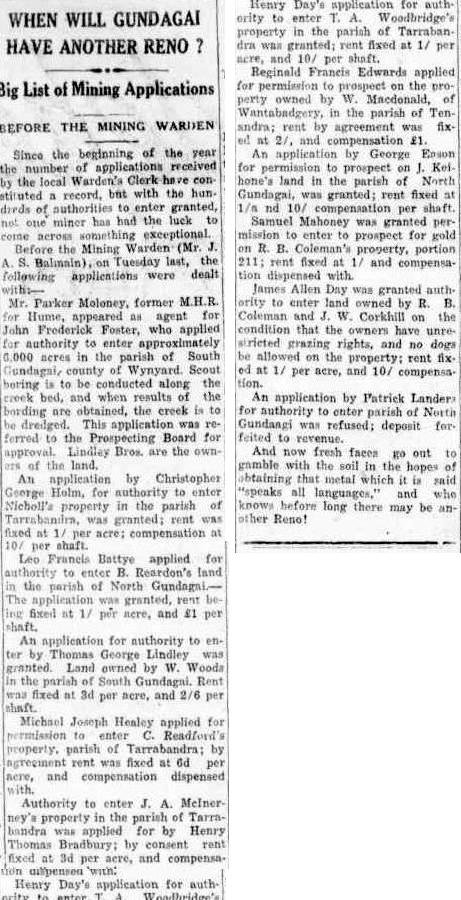 WHEN WILL GUNDAGAI HAVE ANOTHER RENO?

BEFORE THE MINING WARDEN