June 25, 2013
My Trove Tuesday article for this week involves my 5th Great Grandfather Christopher Rhall.  A member of the Royal New South Wales Veteran's Regiment, he immigrated to Australia with his family on board the ship Hooghly in 1828.  When the regiment was disbanded he elected to stay in Australia and was granted land near Bong Bong, New South Wales. He died on the 12th May 1832 as a result of being attacked with an iron brand on the 6th May of that year, his attacker remains unknown. 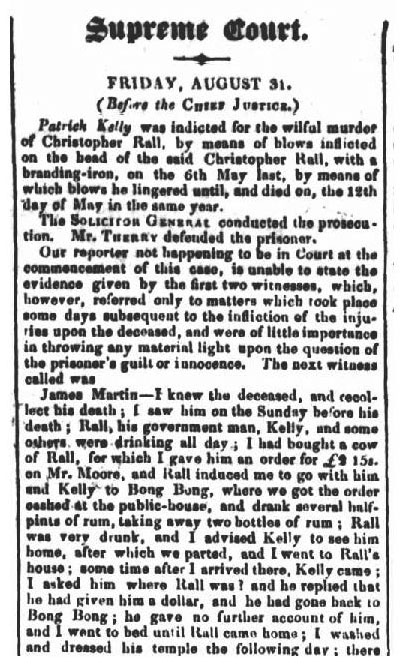 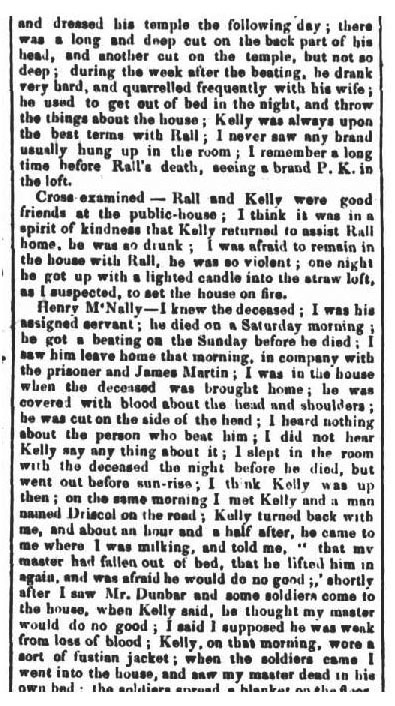 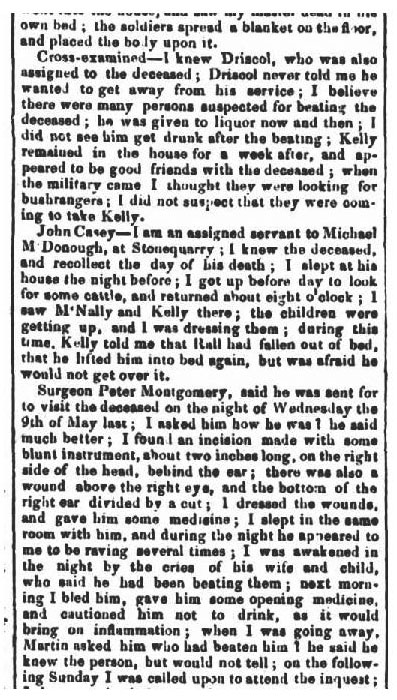 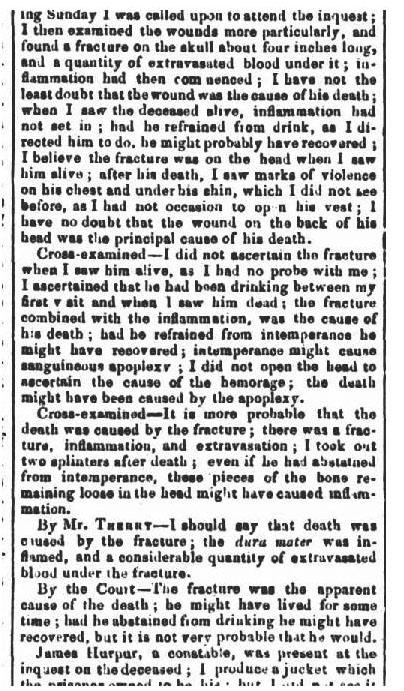 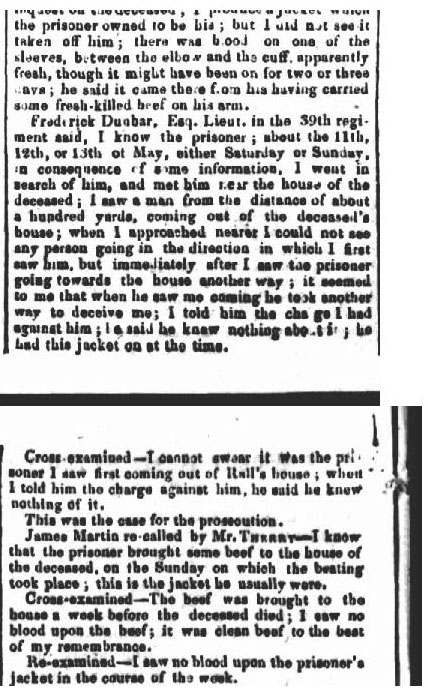 Christopher Rhall was from Longford, Ireland and prior to enlisting in the British Army he had been a weaver by trade.  Around 1810 he married Mary Cassidy at Newton Forbes near Longford, Ireland.  They had a number of children together including two daughters names unknown left behind in Ireland, Catherine Casey/Glithero/Worldon nee Rhall (c.1820-?), Jane Smith nee Rhall (c.1824-1902),  Mary Ann Beaver nee Rhall (1828-1872), Margaret Sullivan nee Rhall (1829-1915), and Peter John (1831-1914).


I was extremely lucky that a distant relative who is also researching the family provided me with transcibed information from the NSW State Records regarding Christopher Rhalls Land Grant that provided more information on the family.

Report of Commissioners of Claims.
Case no 459
Thursday 28th September 1839
Mary Rhall of Bong Bong being sworn saith – I am the widow of Christopher Rhall – I have not my marriage lines with me they were lost aboard ship.  I was married in Ireland at Newton Forbes near Longford by Father O’Farrell – this was about 30 years ago.  I have only one son, by my husband alive – the other children are daughters.  I left two daughters in Ireland.  The sons name is Peter John Rhall he is now 7 years old – my husband did not leave any will.
Mary Rhall
her mark

The following transcription was also sent to me by distant relative who is also researching the Rhall family some years ago.


THAT he is not, to my knowledge, incapacitated by the Sentence of a General Court Martial, from receiving Pension.


THAT his general Conduct as a Soldier has been Indifferent. THAT he has received all just demands of Pay, Clothing, &c. from his entry into the service to the Date of his Discharge, as appears by his Receipt. underneath.


I Chrsitopher Rhall Private do hereby acknowledge that I have received all my Clothing, Pay, Arrears of Pay, and all just Demands whatsoever, from the time of my entry into the Service to the date of this Discharge.