January 09, 2017
As a result of receiving one of my favourite Christmas presents last year (my daughter and son in law gave me money for a birth, death or marriage certificate) I believe that I have made another family record search breakthrough.  My 4th Great Grandmother Catherine Rhall had a relationship with a convict named John Glithero/Glitherow and together they had at least three known children Sarah Glitherow who also was known as Sarah Baxter and Sarah Casey, William Glitherow and Richard Glitherow who was known as Richard Worldon.  Searching the Victorian birth, death and marriage indexes I came across this entry in the birth indexes and allowing for illiteracy and accents I believe that it is highly likely to be Sarah's baptism record. 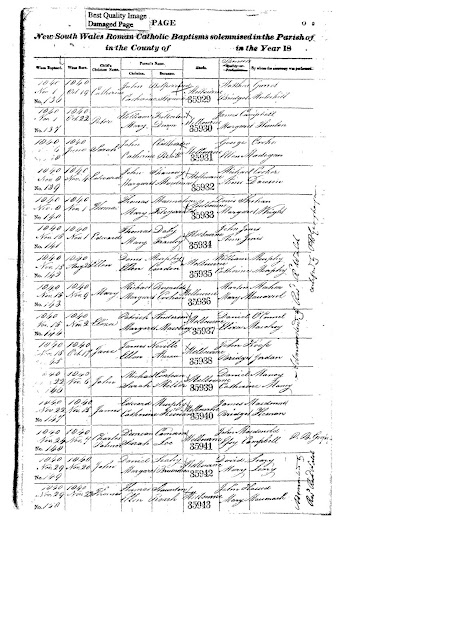 The Victorian Birth Indexes also have records that I will eventually get for her brother William.

Further support for this being him can be found at the Family Search website which has the following baptism record for him:

Looking on Ancestry I found the following information on these children:

John Glitherow/Glithero was a convict who came to Australia in 1833 on board the ship Mangles. He was granted a ticket of leave in the Berrima district in 1837 and this is likely where he met Catherine Rhall.  Catherine had come free to Australia with her family on board the ship 'Hooghly'/ 'Hooghley' in 1828. Her father Christopher Rhall was a member of the Royal New South Wales Veterans Regiment and when his unit was disbanded he had elected to take up a land grant in Bong Bong, New South Wales.  Christopher was murdered in 1832 and her mother married a convict named Michael Reynolds in 1833.  In 1835 fifteen year old Catherine married twenty seven year old former convict named John Casey. Of interest is that a John Casey was a witness in the murder trial for the men accused of killing Christopher Rhall.  In an article dated 1st September 1832 a John Casey testified the following:

'John Casey-I am an assigned servant to Michael
McDonough, at Stonequarry ; I knew the deceased,
and recollect the day of his death ; I slept at his
house the night before ; I got up before day to look
for some cattle, and returned about eight o'clock ; I
saw McNally and Kelly there; the children were
getting up, and I was dressing them ; during this
time, Kelly told me that Rall had fallen out of bed,
that he lifted him into bed again, but was afraid he
would not get over it.'

I have so far not been able to determine what happened between John Casey and Catherine, whether he died, or they mutually decided to part ways, or if in fact he left her or she left him and I have not been able to find any children from this marriage.  I do know that Catherine has a child with John Glithero/Glitherow in 1840 so her relationship with Casey had finished before then. 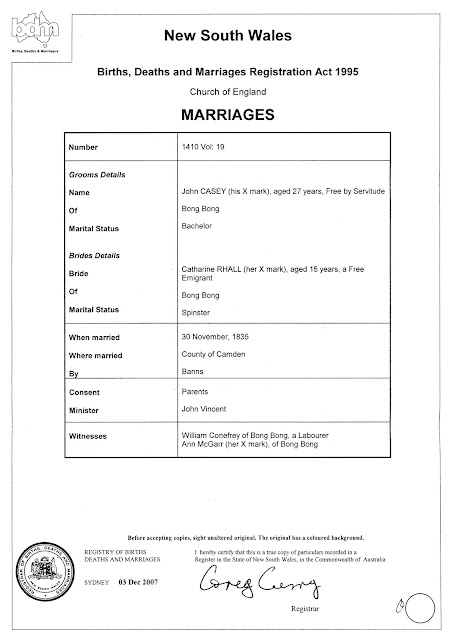 Some years ago another researcher was kind enough to provide me with a copy of what we believe to be John Glithero's Death Certificate (see below) which placed his death at Sandhurst, Victoria in 1889.  Apparently Bendigo was known as Bendigo, then the name changed officially to Sandhurst and then it was reverted back to Bendigo again in 1891.  Through the work of other researchers it is believed that his parents were William Glitherow and Sarah Ann Baxter from Whittlesey, Cambridgeshire, England, which would account for him using the alias of Baxter and his daughters use of this surname at times. 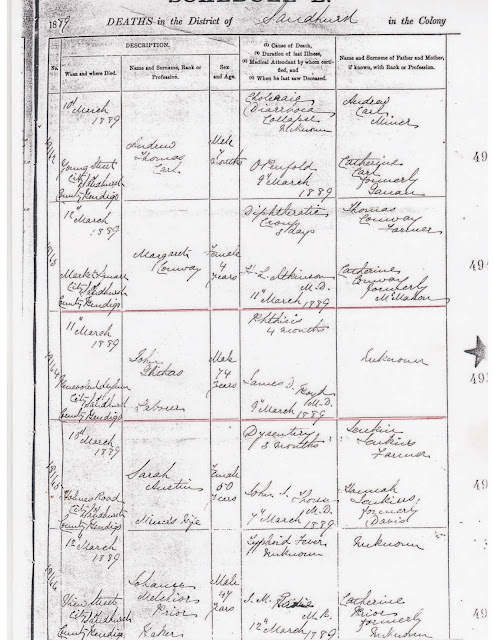 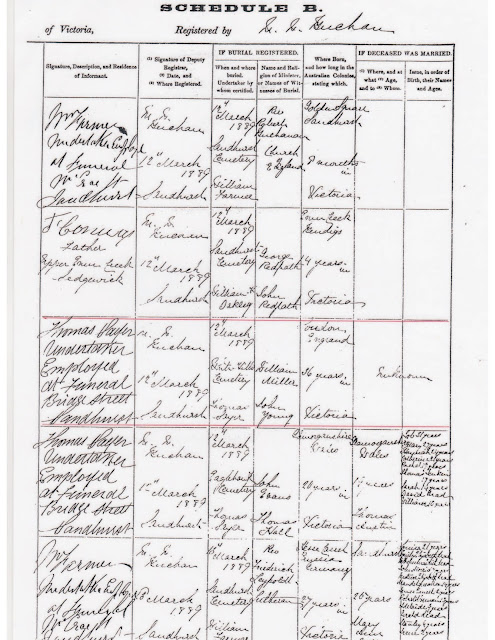 Catherine Rhall's relationship with John Glitherow/Glithero also ended, with her having a daughter Elizabeth with another convict James Baker Worldon in 1850.  She also had my 3rd Great Grandfather James Baker Worldon with him in about 1853.  The relationship ended violently when James Baker Worldon beat her to death after finding her with another man in 1855.  This left fifteen year old Sarah and her siblings, including her half brother James Baker Worldon (my 3rd great grandfather) aged about two, motherless at Snake Valley - Beechworth in Victoria with their stepfather/father on trial, found guilty, then jailed for murder until 1856. Members of Catherine Rhall's family were in the Beechworth area around this time so it is possible they may have looked after the children at this time. 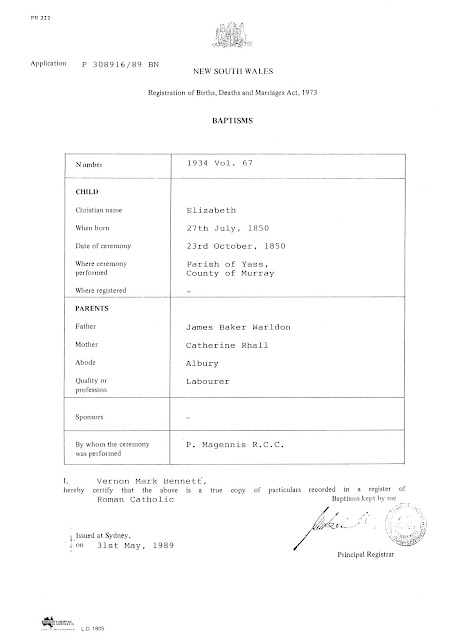