February 21, 2019
Today's post involves my 3rd Great Grandfather Joseph Dolphin Jones and his appointment to the Public School Board at Eling Forest in 1874.  More posts involving him can be found here. 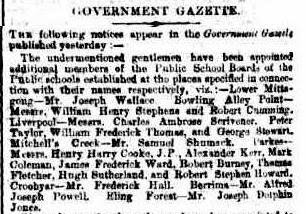