December 10, 2013
With Christmas rapidly approaching I thought I would find something to do with the Christmas theme for this weeks Trove Tuesday post. I don't know what today's children would make of Santa Claus using a dray drawn by bullocks adorned with fragrant blossoms on Christmas Eve, instead of a flying sleigh with reindeer!  It is an interesting mental image to say the least. 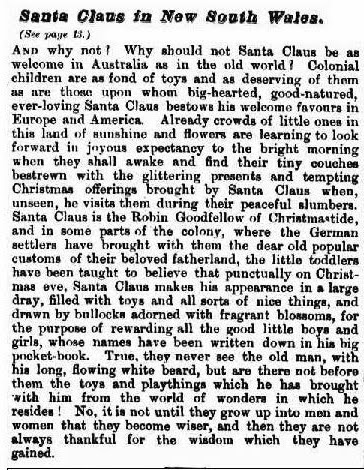 And why not?  Why should not Santa Claus be as welcome in Australia as in the old world!  Colonial children are as fond of toys and as deserving of them as are those upon whom big-hearted, good-natured, ever-loving Santa Claus bestows his welcome favours in Europe and America.  Already crowds of little ones in this land of sunshine and flowers are learning to look forward in joyous expectancy to the bright morning when they shall awake and find tiny couches bestrewn with the glittering presents and tempting Christmas offerings brough by Santa Claus when, unseen, he visits them during their peaceful slumbers.  Santa Claus is the Robin Goodfellow of Christmastide, and in some parts of the colony, where the German settlers have brought with them the dear old popular customs of their beloved fatherland, the little toddlers have been taught to believe that punctually on Christmas eve, Santa Claus makes his appearance in a large dray, filled with toys and all sorts of nice things and drawn by bullocks adorned with fragrant blossoms, for the purpose of rewarding all the good little boys and girls, whose names have been written down in his big pocket-book.  True, they never see the old man, with his long, flowing white beard, but are there not before them the toys and playthings which he has brought with him from the world of wonders in which he resides! No, it is not until they grow up into men and women that they become wiser, and then they are not always thankful for the wisdom which they have gained. 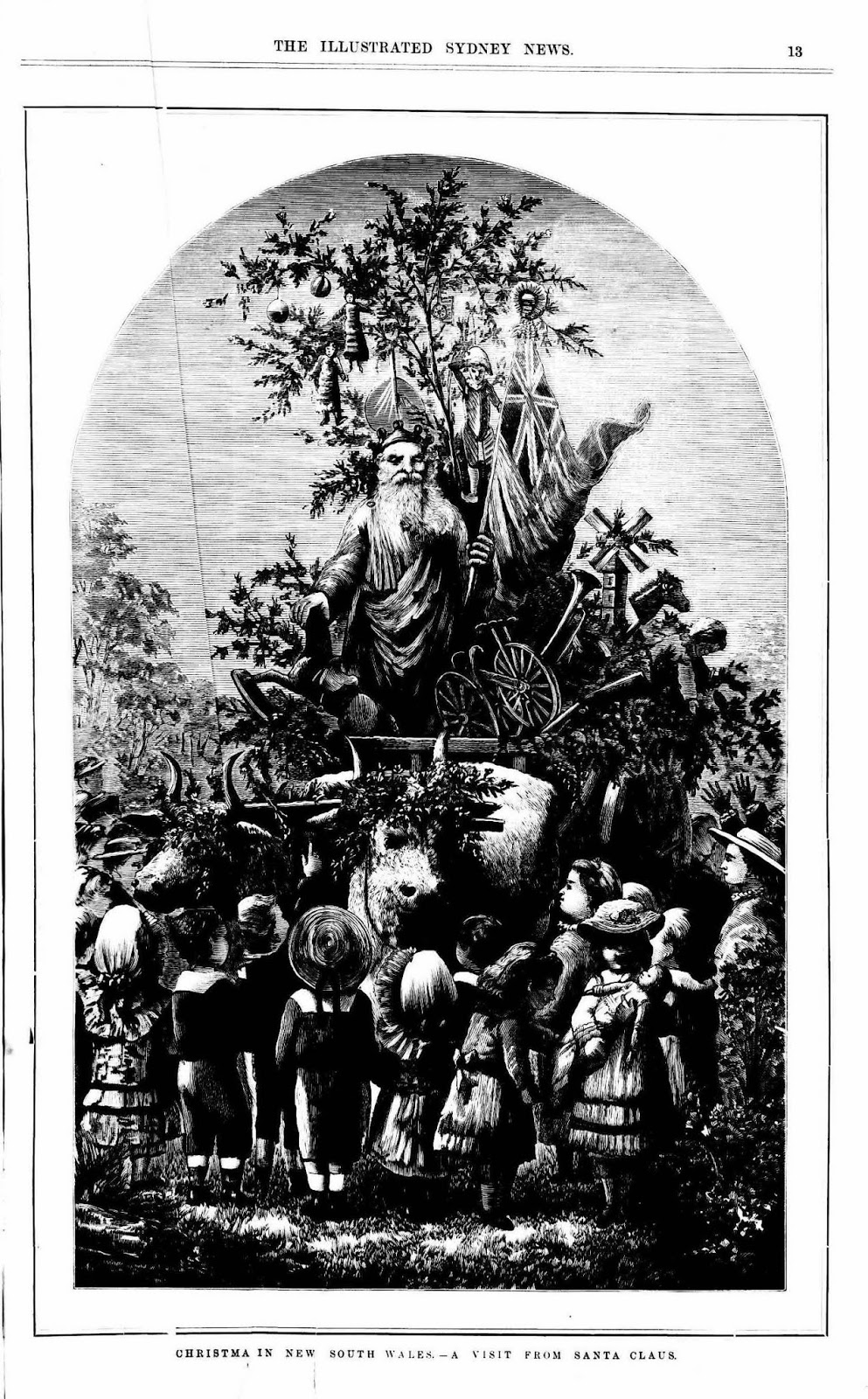