July 30, 2013
The year I turned twelve my Great Great Grandmother Flora Ann Worldon nee McDonnell passed away just two months short of her 105th birthday.  She was born at the Inn owned by her Father and Uncle at Five Mile Creek, Gundagai in 1875; the ruins of which can be still seen today near the 'Dog on the Tuckerbox' and lived a full and interesting life. Growing up she had always been part of the family folklore.  I have always known her to be my oldest ancestor at the time of their death but now it seems that my 5th Great Grandmother Ann Costello nee Hogan at 105 years of age has overtaken her for top ranking. There do seem to be some embellishments and discrepancies in the article however, she had been in Australia for only twenty nine years not over half a century and her immigration files have her birth year c.1798 rather than c.1782 that would be required for her to die in 1887 aged 105, so more research is required for verification of her exact age. 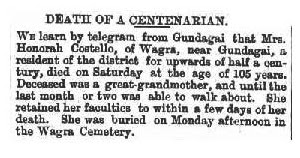 DEATH OF A CENTENARIAN.

WE learn by telegram from Gundagai that Mrs. Honorah Costello, of Wagra, near Gundagai, a resident of the district for upwards of half a century, died on Saturday at the age of 105 years.  Deceased was a great-grandmother, and until the last month ot two was able to walk about.  She retained her faculties to within a few days of her death.  She was buried on Monday afternoon in the Wagra Cemetery.

MRS. Honora Costello, of Wagra, near Gundagai, a resident of the district for over half a century, died on Saturday at the reputed age of 105 years.  The deceased was a great great grandmother, and until the last last or two was able to walk about.  She retained her faculties to within a few days of her death. 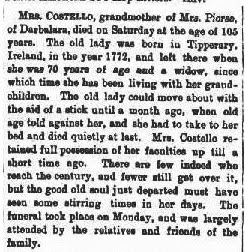 MRS. COSTELLO, grandmother of Mrs. Pierse, of Darbalara, died on Saturday at the age of 105 years.  The old lady was born in Tipperary, Ireland, in the year 1772, and left there when she was 70 years of age and a widow, since which time she has been living with her grandchildren.  The old lady could move about with the aid of a stick until a month ago, when old age told against her, and she had to take to her bed and died quietly at last.  Mrs. Costello retained full possession of her faculties up till a short time ago.  There are few indeed who reached the century, and fewer still get over it, but the good old soul just departed must have seen some stirring times in her days.  The funeral took place on Monday, and was largely attended by the relatives and friends of the family.


Ann Costello, the daughter of James Hogan and his wife Mary was from Ireland.  She married Michael Costello and had a family in Ireland which included Honorah Quirk nee Costello, John Costello and Ann Costello. In 1858 the widowed Ann, her son John and daughter Ann left Ireland together for Australia on board the ship 'Peter Maxwell'.  They had been living at Durra, Kings County where Ann had been a housekeeper, John a farm labourer and Ann a housemaid.  Honorah is listed as their relative in the colony living at Gundagai and her husband Michael Quirk is listed as their depositor for the voyage (see article for 'Peter Maxwell' below). Also on board was Mary Quirk a farm servant from Tipperary, the daughter of Michael and Honorah Quirk, she had been left behind in Ireland with family when her parents immigrated to Australia in 1841.  Her relatives in the colony were listed as her parents Michael and Honora in Sydney and her father Michael was her depositor for the journey. 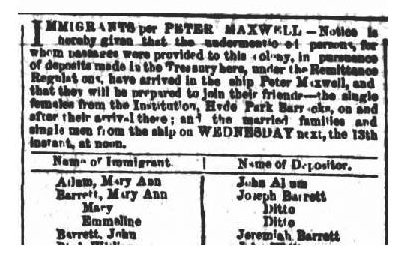 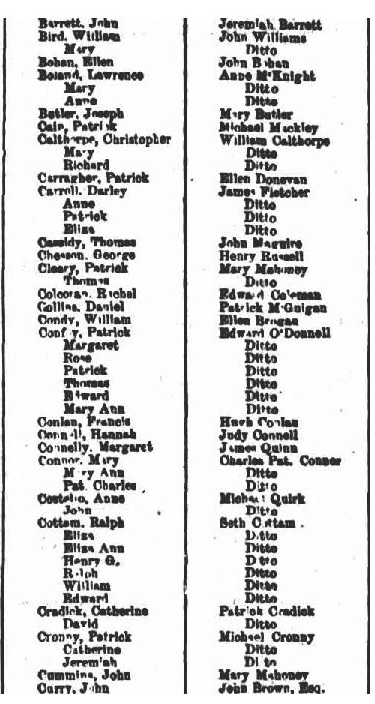 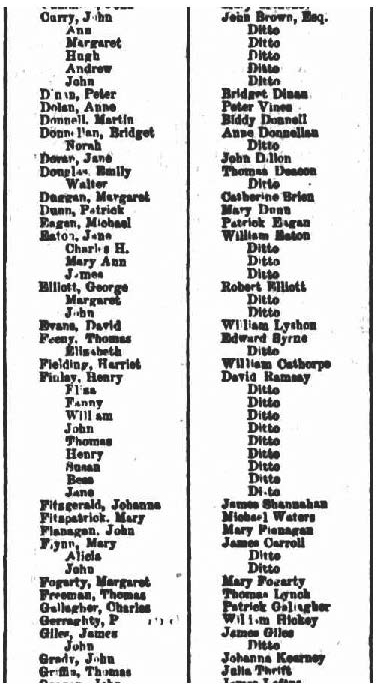 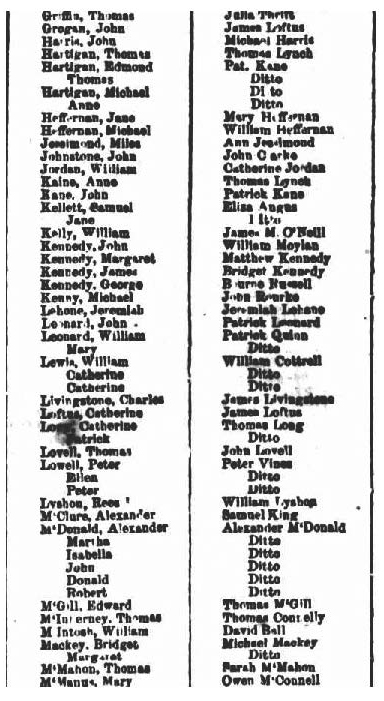 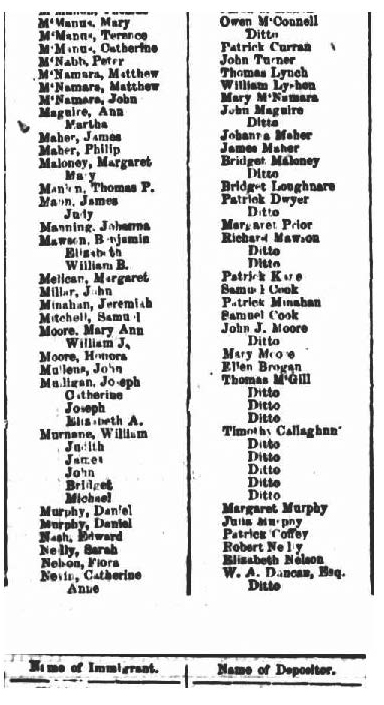 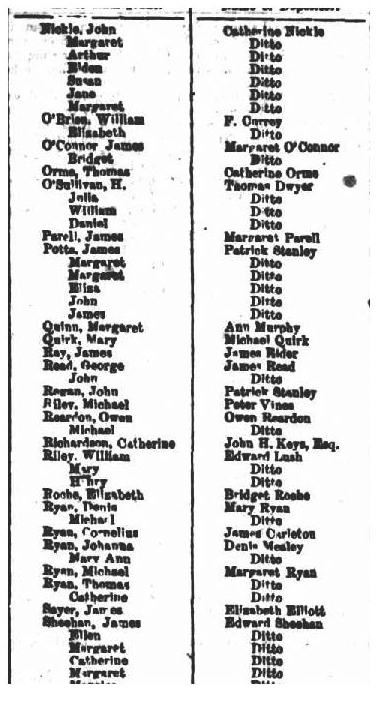 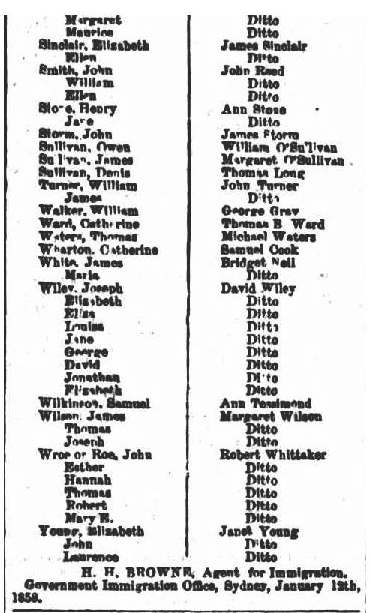