December 30, 2018
Today's post concerns Vincent Levy Green who was the son of my Great Grand Aunt's husband William James Greene (see more here and here) and his second wife Mary Florence nee Levy.  Vincent was born about 1917 in Wagga Wagga.  He died after a short illness at his residence in North Wagga and was buried in the Wagga Wagga Cemetery.

I took a trip to the Wagga Wagga Monumental Cemetery with my husband and found Vincent's grave as we were walking back to the car after looking through Roman Catholic Section No. 1.  It is very close to the road and I was surprised to find it as it was not listed on the Wagga Wagga Cemetery portal (see here).  I found out later that it is however listed at Find a Grave (see here).  It turns out Vincent was nine months and three days old when he passed. 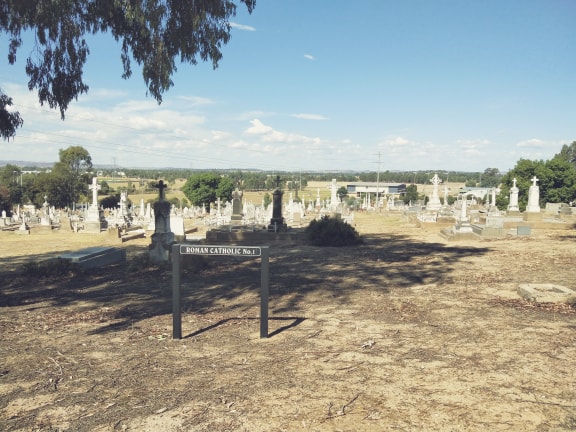