October 14, 2014
Today's post concerns the wife of my Great Great Uncle Edward Donnelly.  Edward died on the 9th February 1908 (see here for his headstone inscription and photograph) leaving his wife of twelve years Margaret (nee Buckley) a widow with two young children, Sylvester about eleven years old and Frances about nine years old, to raise alone.  I had never heard of this practice until I found this article and I am very glad that she was given an option like this to see her through an extremely difficult time.  Margaret married a Joseph S. Ferguson in 1929 and lived until she was 85 years old (see here for her headstone inscription and photograph). 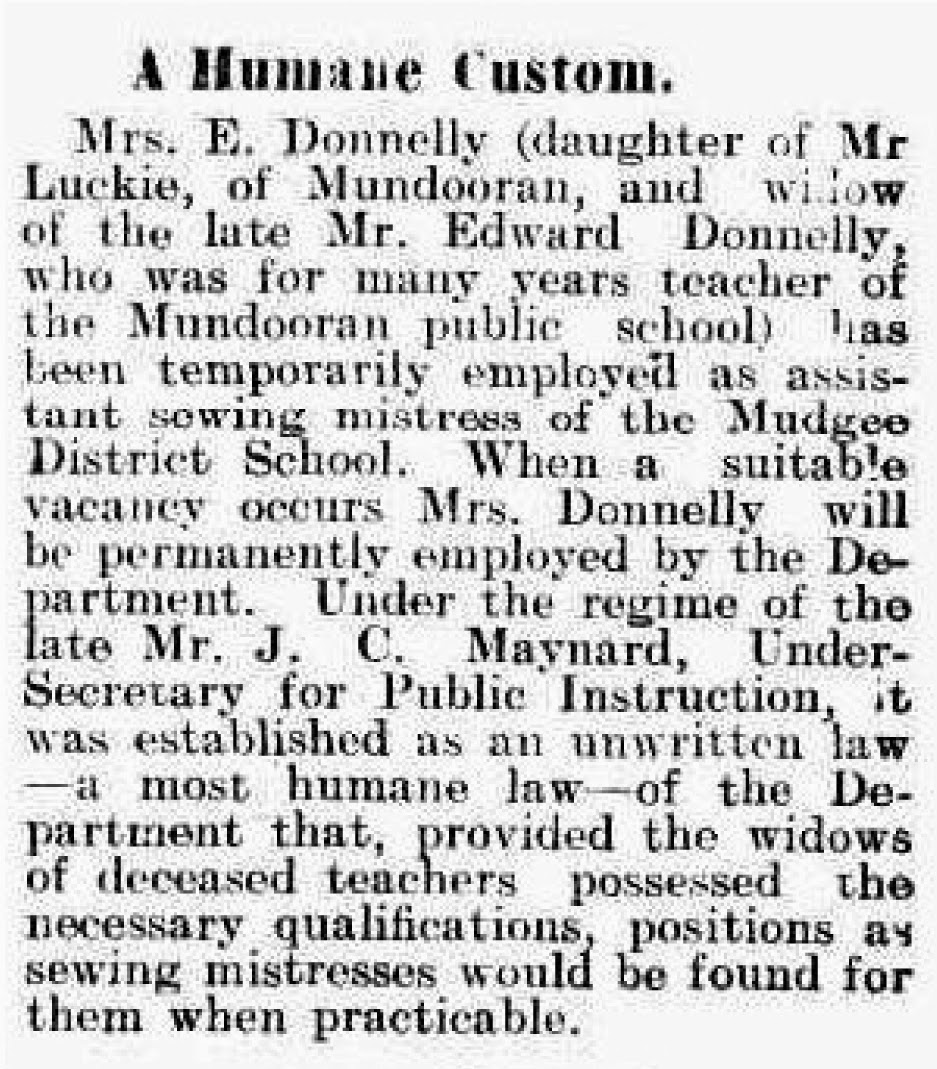 Mrs. E. Donnelly (daughter of Mr. Luckie, of Mundooran, and widow of the late Mr. Edward Donnelly, who was for many years teacher of the Mundooran public school) has been temporarily employed as assistant sewing mistress of the Mudgee District School.  When a suitable vacancy occurs Mrs. Donnelly will be permanently employed by the Department.  Under the regime of the late Mr. J.C. Maynard, Under-Secretary for Public Instruction, it was established as an unwritten law - a most humane law - of the Department that, provided the widows of deceased teachers possessed the necessary qualifications, positions as sewing mistresses would be found for them when practicable.

More posts on this family can be found here and here.